"For someone like me who makes his living in rock and roll to be asked to say a few words about Paul McCartney is like asking a Catholic priest if he wouldn't mind stopping off in Rome to give an award to St Peter.
"This is the man who invented my job.
On the way here Paul McCartney, who was driving the car, was pointing out every place in Liverpool he cycled, where he wrote songs, where he bunked school.
It was like being in the Popemobile with the Pope driving.
In the universe of rock and roll, the Beatles were the Big Bang.
Tonight is about how much Liverpool means to Paul McCartney and how much Paul McCartney means to Liverpool.
From the Cavern Club, to the Liverpool Institute, to Penny Lane, this is the city where he was born and bred, this is the city that gave him his attitude and this is the city that gave him his inspiration.
He paid that debt by putting images of Liverpool in the dream life of the world.
So many talented and gifted people have featured in these MTV awards tonight.
On behalf of all the artists in this room, I will tell you something, I think we all suspect, someday, when all of us are gone and this great hall is no longer here.
In two or three hundred years from now we sense, we fear our names will be forgotten.
There is one person here, in this hall tonight whose songs we know will be heard now and forever.
His songs will continue to be sung, heard and played as long as humans care about beauty and longing.
There is one person here tonight whose work is immortal. There is only one Paul McCartney." 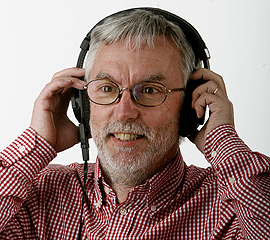